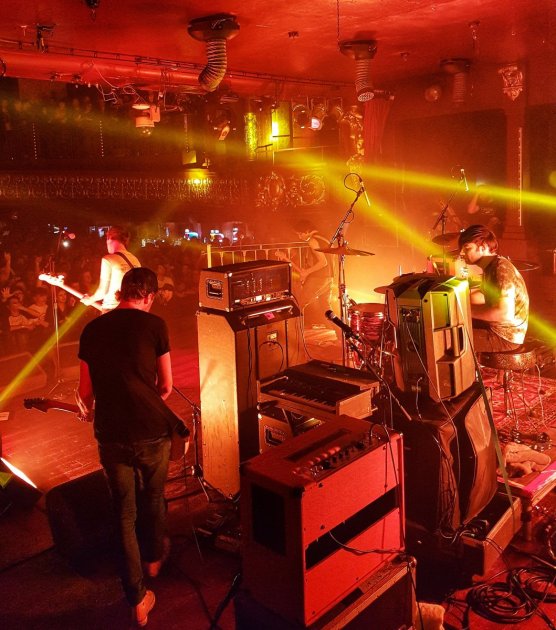 After last year’s Men’s Needs, Women’s Needs, Whatever anniversary tour and the release of 24/7 Rock Star Shit, there was absolutely zero signs of The Jarmans burning out. Passion pouring from twins Gary and Ryan during opener Our Bovine Public really epitomises what The Cribs are, and have always been, about: still trying desperately to give everyone from the die-hard head-bangers at the front to the partners/friends/reviewers that have been dragged along and are hiding on the balcony a night to remember.

It was certainly that. What was advertised as the tour to support the latest LP (which, to be honest, is the only reason these smaller shows did not sell out instantly) turned out to be a career spanning set delving as far back as The New Fellas’ (Martell) and as recent as For All My Sisters’ Different Angle. Still keeping the fans in mind, the Wakefield outfit have been a constant force in the indie-scene for as long as they have existed and it is clear to see why when they play shows like Middlesbrough.

Belting out the likes of Be Safe with Lee Ranaldo on a screen behind drummer Ross Jarman, sing-along anthem Men’s Needs before finishing elegantly with emotional ballad Pink Snow; it is fair to say The Cribs will forever be immortalised as one of the greats who never sold themselves out.