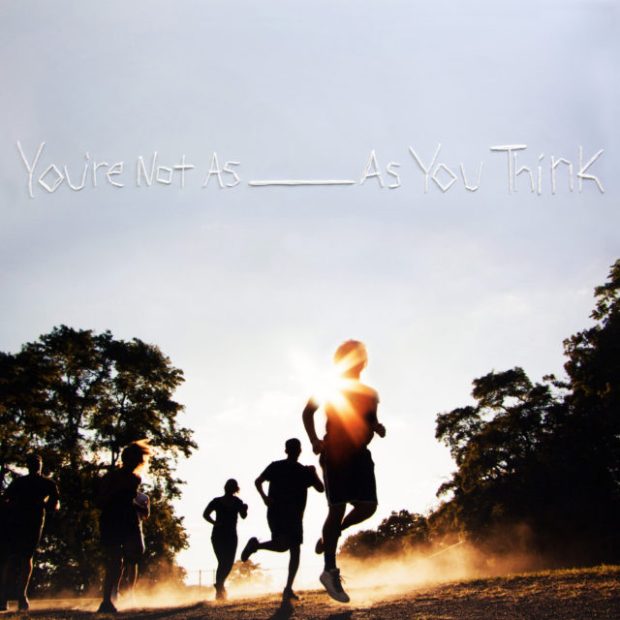 SORORITY NOISE have released their third full-length, YOU’RE NOT AS _____ AS YOU THINK.

An accumulation of raw truths, the Connecticut band follow up sophomore record, Joy Departed, with an album delving into the darkest depths they have ever put out.

Opening with the pacey, rigid No Halo; frontman Cameron Boucher talks of driving to his friend Sean’s house having forgot that he passed away over a year before. This sets the tone for the ten track album.

Released ahead of the album, Disappeared; like No Halo, speaks of death in the lyrics “this year I lost a basketball team to heaven,” which gives an abstract insight into the past 52 weeks of Boucher‘s life. Questioning the title of the album, it provokes the listener to think whether they are actually as, whatever they are feeling, as they think.

You’re Not As… hosts a range of emotionally complex themes, but the dominating moods are loss, despair and overcoming demons. Sorority Noise are certainly no rookies when it comes to venturing down this route, but this is an album delivered with delicate maturity. Boucher’s personal battles are documented across the record alongside an eerie brilliance that connects the lively riffs that spring up here and there.

Although it is the lyrics that are most cutting edge and brutally honest, do not discard the instrumentation that comes with them. Car begins as a mellow track, but bursts into a chorus of brilliant drums and guitar licks. Creating an album which demonstrates a perfect blend of eerie yet energetic and raw yet crisp is an art, and Sorority Noise have nailed it.

“Considering I’m still standing I’d say I’ve done pretty well for myself” (Where Are You?) is one of many lines that could be pulled from You’re Not As…, but it gives hope and shows that maybe, just maybe, you’re not as _____ as you think.