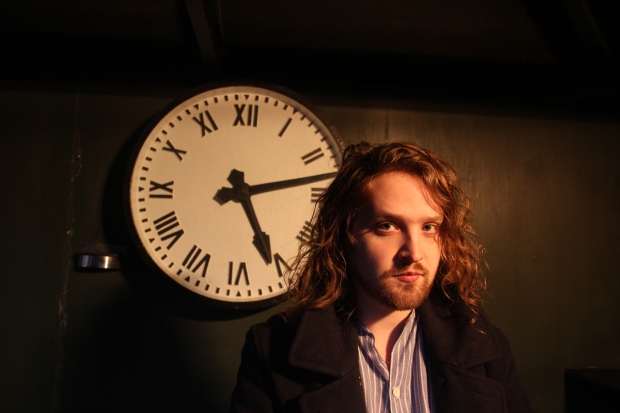 WILL VARLEY – back in the UK, ready to tour

WILL VARLEY is nothing short of incredible. He has walked over 500 miles along England’s south coast with a guitar on his back – rather fittingly he has also supported The Proclaimers, as well as Frank Turner and Beans on Toast across the pond.

In his own right, he has played headline shows up and down the country and brought out four studio albums (the fourth, Kingsdown Sundown, released today (4/11)); 2016 has been amazing for the London born folk singer-songwriter.

Ahead of an eight-date UK tour, which will be followed by spells in Ireland and Germany, he spoke to Loose Cardigan of Ideas.

“It has come as a bit of a surprise to people,” he explains about Kingsdown Sundown. “I was working on the album for a while and before I knew it I was a couple of months away from releasing it.”

If you have tickets for the upcoming tour, don’t expect to hear it in full. Personally, I love it when a band opt for a ‘greatest’ hits set; Will Varley agrees, saying: “I hate it when you go to see a band and they only play the new stuff. I will definitely be doing loads of the old stuff.”

You are probably familiar with the name Will Varley if you have seen Frank Turner as recent as last month. “He [Frank Turner] is a great guy and has given me lots of advice. He is really generous with his time and energy so I always learn a lot and have a great time.” That is a relief considering they will be teaming up to tour together again. Frank shares the love, though, having called Will Varley: “One of the best singer-songwriters in the UK.”

Excitedly, he tells us about the upcoming USA shows: “I’ll be supporting Beans On Toast and then doing some shows out there with Frank.” But it is the UK shows that he is really buzzing for. “Obviously we have longer sets than the support slots. I am really looking forward to the shows!”

Newcastle shows are some that he is rather fond of. “I love you! The first time I played in Newcastle was with Beans on Toast and I have been back four or five times since. It is the perfect mix of crowd really. People listen, but at the same time they are engaged in the show.”

Does he have any recollection of the North East away from gigging? Of course he does. “You have very cheap taxis in Newcastle! A lot of Frank Turner’s crew are from Newcastle as well; when I play there a lot of his crew come down.”

Kingsdown Sundown is currently sitting at number 2 in the iTunes singer/songwriter charts (correct at time of publication); this combined with the 900 capacity Union Chapel selling out well before the gig puts a spring in Will Varley’s step. “There are plans for more touring next year. Basically, I will play until I physically can’t!”

One thought on “AN INTERVIEW WITH…WILL VARLEY”