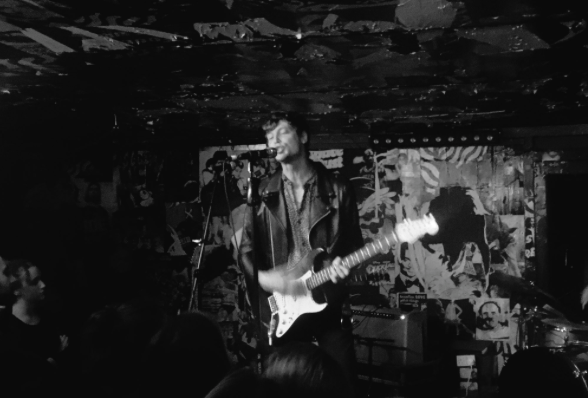 This was their first visit to Newcastle, however in 2014 they played alongside Peace at Middlesbrough’s Empire to dabble in what the North East crowds have to offer. Since then,  Sophomore record On Desire has been released via Frenchkiss Records – and obviously the Newcastle crowd has warmed to it.

Dancing excitedly to tracks such as Troublemaker and Another Go, the crowd got a real rock n roll show for their £7 admission. Crowd members frequently jumping on stage and signing along with front-man Matt Hitt in a Barat/Doherty-esque manner was excellent viewing.

For me, though, it was their 2014 self-titled debut record that I wanted to hear in full – again. It lasts only half-an-hour and holds sharp, punchy tracks with catchy lyrics. It seems that the crowd wanted these tracks as well – screaming lyrics from the likes of Luv, Hold Me Down, A Button On Your Blouse and Unzip Your Harrington with absolute passion.

It was pleasant to see both records, the self-titled debut and On Desire, get an appreciative response from the strangely sparse crowd – especially because the band had travelled from New York City.

Highlights for me come in the form of personal favourite Let Me Finish, the bitter-chorused Watch You Change and the snappy Ways To Phrase a Rejection.