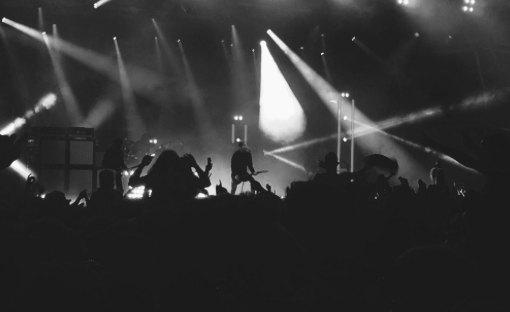 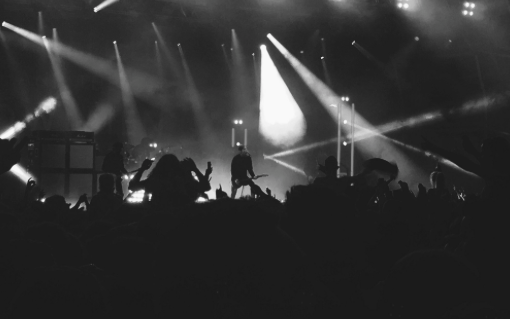 CATFISH AND THE BOTTLEMEN played a  17 song set to a sold out Castlefield Bowl. Before they came on stage, an enormous banner hung behind the support bands with their alligator on, but as they walked on stage, the banner came down. Revealing a “Castlefield and the Bowlmen” hanging, both the band and the fans knew this was their moment.

Opening with Homesick, fans were wild from the off. Front to back. East to west. Even those on the concrete seating area were up dancing and getting involved. 8,000 fans screaming lyrics, new and old, back at the four-piece was simply a preview of what Catfish and the Bottlemen can expect at shows from now on.

Their sophomore album, The Ride, was recorded and released with the live performance in mind and it certainly lived up to the expectations. Six of the eleven The Ride tracks, including Soundcheck, Anything and Red, got into the set – all of which went down well.

It was a perfect opportunity to showcase the new album in full considering they came on at 9 and had an 11pm curfew, but they have to leave fans wanting more or what else is there to look forward to? Shock exclusions, though, were Oxygen and Postpone. The whole of The Balcony was played, maybe keeping The Ride for their winter tour.

The highlight of the night (for me personally) was when Catfish and the Bottlemen debuted Outside. The Ride’s closing anthem sounded amazing slotted between belting anthems and the mellow Hourglass. As per, Hourglass was affectionately played acoustically by McCann and the crowd hugged and kissed throughout. It is often the case at Catfish and the Bottlemen gigs that this is the only chance for a breather – as expected this was the case.

One of the wonderful things about this band is that they do not mess about with encores and leaving the stage to make the crowd plead and beg for a couple more songs. Instead the rest of the band return after an acoustic segment, which surprisingly left out Glasgow, and close with more favourites.

It was the turn for the crooning 7 – the first track from the latest album and the only one that was featured on the setlist last time the band visited Manchester. Cocoon was eventually played to a massive response, Van McCann shouting: “Get on shoulders, they’re not gonna throw you out!”

When Tyrants starts you realise it is over. It is one last chance to go mental. One more opportunity to lose you inhibitions. Obviously this happened. Pits, pints everywhere, surging fans. A crazy response considering the floor was solid concrete. An insane finale capped off a memorable gig from Catfish and the Bottlemen.

Support came from Broken Hands, Vant and former tour mates Little Comets. All warmed the crowd up well – a gig line-up that could easily have easily been the main stage of a Truck/Y Not size festival.

A string of outdoor shows and festival slots will keep the band occupied until their winter tour – check out dates and availability here.